“He’ll regret it till his dying day, if ever he lives that long.” The 1952 quote from The Quiet Man sums up the regret you will also experience if you don’t visit the incredible Connemara region in Ireland’s west.

Journey to the wondrous west and you will find yourself on the set of one of Ireland’s most iconic films. Shot in the summer of 1951, fans of The Quiet Man will immediately recognise the magnificent landscapes of Connemara from the film. Quiet Man fan or not, the untouched beauty of Connemara is a ‘must-see’. 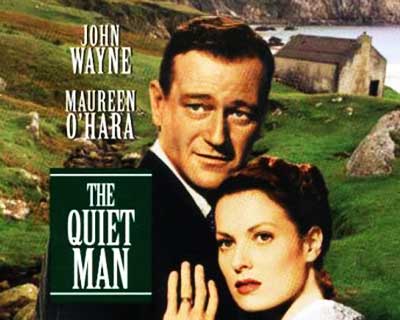 The film was directed by Irish-American John Ford. The unique landscape of Connemara has truly captivated Hollywood film makers as well as visitors to Ireland. Vast bogland gives way to a stunning mix of rivers, lakes, woodlands and rich meadowlands. Nature is truly ‘at home’ in Connemara. Ford’s film starred some of his favourite actors, John Wayne and Maureen O’Hara, all of whom were of Irish descent.

The outdoor scenes in the film were shot in the gorgeous Galway and Mayo counties. It will come as no surprise why The Quiet Man won the Oscar for Best Cinematography after visiting such mysterious and enchanting landscapes. For those that haven’t seen the film, the plot follows a retired American boxer (Wayne) who returns to his childhood home in Ireland in an attempt to escape his dark past. A turbulent romance ensues between Wayne and a fiery redhead (O’Hara). 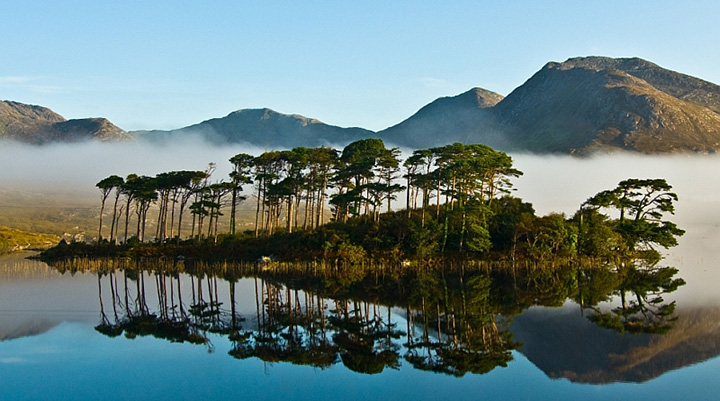 The Quiet Man was Ford’s ‘love letter’ to his parent’s homeland. The ever-changing landscape and unspoilt beauty of Connemara creates a magnificent atmosphere throughout the film. Predicted by many to ‘never make a penny’, the film is now one of the most famous Irish movies of all time. The Quiet Man sparked a phenomenal influx of visitors eager to see the sights of the film. In fact, the legacy of the film is so strong that visitors can experience some Quiet Man magic through an organised tour of the filming locations in the enchanting Connemara region.

One of the most well-known locations from the film is the Quiet Man Bridge. The bridge has remained unchanged for over 60 years, allowing you to sit where Wayne’s character once sat as he heard the voice of his late mother. Just outside Oughterard, the bridge gracefully arches over the Owenriff River.

Another popular film location is the Pat Cohan’s pub in Cong village. Pat Cohan’s pub was ironically a grocery store during filming and was only opened as a real Irish pub in 2008. Treat yourself to a pint as you reminisce upon the iconic film and the spectacular Connemara region. After visiting the wild beauty of Connemara you will understand why Ireland always held a special place in John Wayne’s heart.

The beloved romantic comedy showcases the true beauty of Ireland, from rolling green pastures to moody rugged mountains. Ford undoubtedly created a larger than life portrayal of the Emerald Isle. It’s no wonder the film’s magic still waves its spell in the west corner of Ireland and keeps the visitors coming.